Yesterday was the Aizu Samurai Festival so we went to Tsurugajo Castle in Aizu Wakamatsu. It’s known as the Samurai City because of its association with Samurais (Samurai? Samuraus?), funnily enough. The castle is pretty epic but it’s not the original as it was demolished in 1874 because it has been so badly damaged during the war. It was rebuilt in 1965-ish. This was the 150th anniversary of the Boshin War (which Wikipeadia has just told me is also known as the Japanese Revolution as well as all the other bits of info written here).

There were all sorts of things going on but the main thing was the parade of the Samurais. The clothes were incredible. We had a tour of the grounds; went into the castle where there was a museum; climbed to the top floor onto the balcony; ate festival food; typically got a bit sunburned (forehead, nose and décolletage). 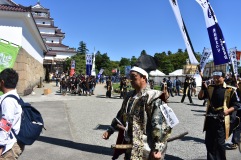 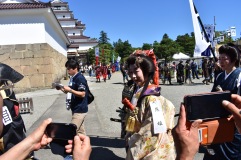 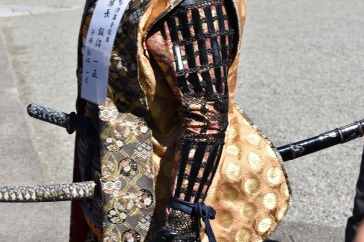 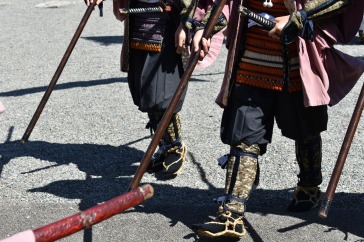 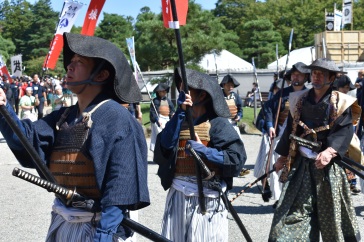 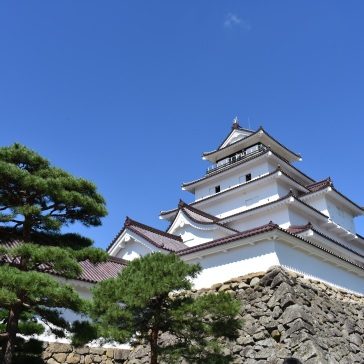