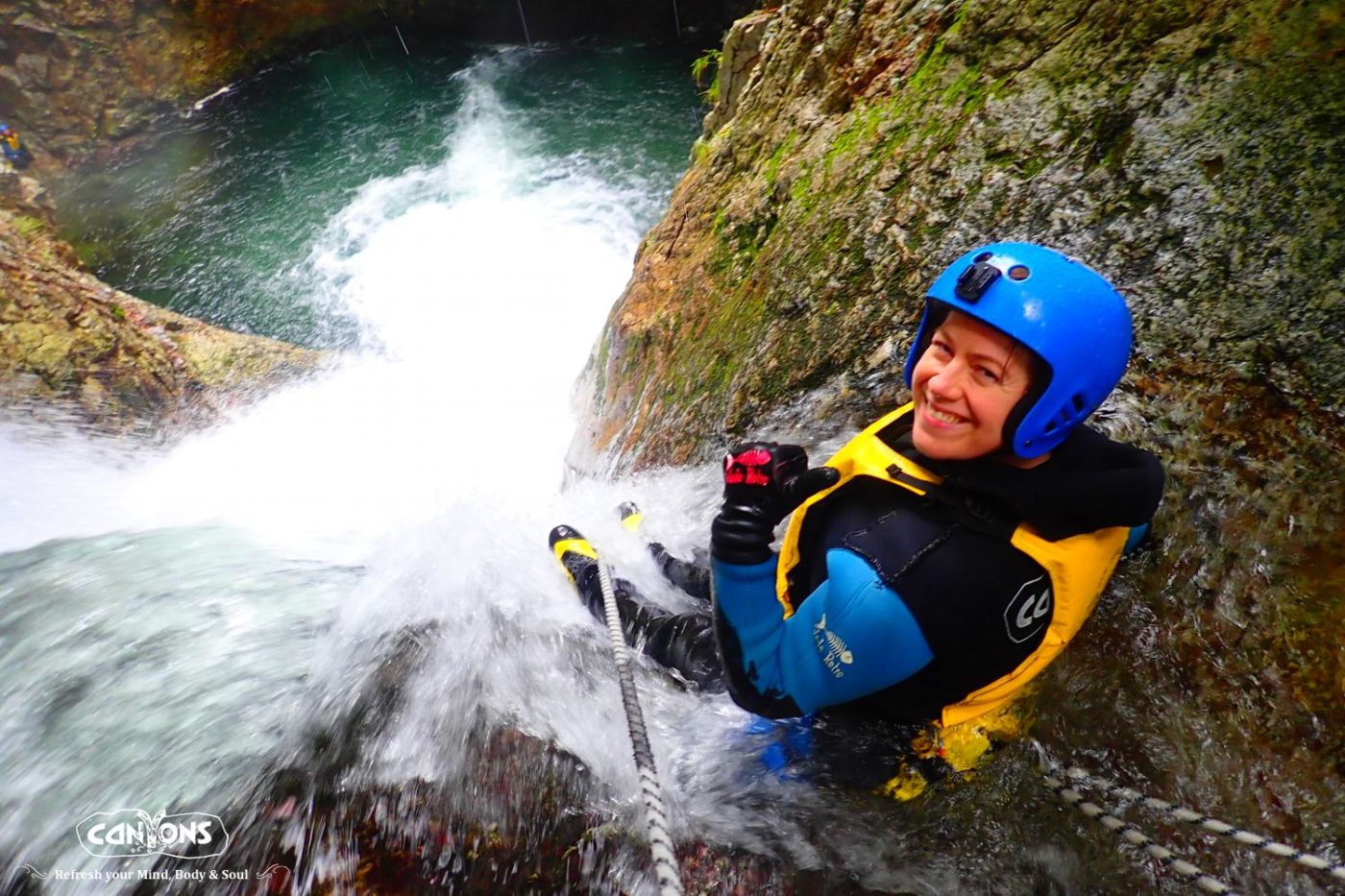 Last weekend I went on a Canyoning trip to the Gunma Prefecture. That means I have now been to more than one Prefecture in Japan, WoHo.

The place we went to was brilliant. Quite hostel like (more flashbacks to Australia and New Zealand) and all of the staff were lovely. Probably because most of them were Australian, New Zealander, or Japanese. We more or less had the place to ourselves as well so that was good for my antisocial tendencies.

I went canyoning once in Scotland and loved it so was happy to try it again, then in the afternoon I tried rafting for the first time. That was great too and, thankfully, the river was quite low so it was fairly tame and gentle. I don’t think I’d like it as much if it was rougher, I’m not that much of a daredevil. Plus, I swallowed half the river canyoning and gentle rafting so I don’t need things to be rougher.

On the way back we went to an Onsen. That was good too, although it was a mixed one (awkward nakedness with strangers and inappropriate behaviour of fellow Onsen users) and had a bear in a cage. Apparently it’s famous for the bear but I thought the bear looked really sad and lonely.